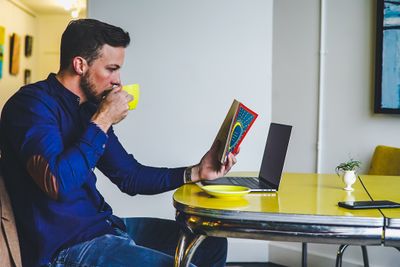 “Core stability training” has gained great popularity in both the therapeutic and fitness training professions, but what is actually meant and understood by this practice? The purpose of this article is to both clarify how our bodies by design support our postural as well as our movement production requirements and secondly, with reference to the coined title of this article, to describe an inherent predisposition for our bodies in the presence of varying physical impairments to abandon our essential core foundations leading to both:

With respect to our designed anatomical core, it encompasses a relatively closed cylinder-shaped region of our bodies extending from our pelvic floor at its lowest point to the highest point transcending across our respiratory diaphragm or lowest 3 to 4 ribs and from our abdominal muscular wall anteriorly and laterally, to finally our spine providing foundation posteriorly. Within this region our body’s center of mass or concentration of our mechanical makeup exists and thus by design is the intended origin of multiple influences effecting posture, breathing, balance and movement support among other physiological requirements. Hence an integral region of our core makeup and thus one that would be tempting to want to emphasize with exercises “designed” to stabilize its well-being. Giving merit to this quest is research findings of persons with chronic low back pain often demonstrating delayed and or diminished activations of core muscles intended to contribute to the stability of this region.

In reality however, pain of non-traumatic origin is a perceivable warning often preceded by an extremely subtle development yet complex in its establishment of disorder – one that the analogy “The straw that breaks the camel’s back” offers a simplified personal connection to be made.  As we course through life, we are destined to experience physical and emotional demands (strands of straw) that our bodies are either directly or indirectly asked to endure. Under favorable or otherwise healthy conditions, we are generally capable of preserving a balance and even healing when faced with an illness or injury.

So, what you may ask leads to the development of pains that persist, some despite multiple efforts to resolve including physical therapy and even surgery. To answer this, we need to understand both the resiliency and the vulnerabilities within our bodies. Resilient, that despite the incredible strains we experience or impart on ourselves, our bodies deliver day in and day out. Vulnerable in that we are inherently predisposed to physical decline through the very core anatomy we are foundationally dependent. And if this isn’t complicated enough, we are further vulnerable to our own resilience to survive – hence the common yet not fully understood – Inverted Core Syndrome (Coined diagnosis).

To invert is to put upside down or in the opposite position, order, or arrangement. Commonly as our life straws begin to outweigh our inherent vulnerabilities (core instability) we reflexively divert towards our protective means to preserve our essential functions including our own sense of well-being. Of greatest vulnerability to our stable existence is our capacity to efficiently breathe. At the first sense of any compromise to our core dependent – respiratory system, our sub conscious or Autonomic Nervous System reflexively sets into action a protective or otherwise survival response. Often this response is so efficient we have no conscious awareness, thus we continue on, as if “all is in good order.” Herein lies the consequence of our own resilience outweighing our vulnerability. In other words, we often don’t know our core was weak in the first place and we often don’t feel out of breath, thus the initial alarm was not heeded and we proceed forward unknowingly, breath by breath in a compromised state. Meanwhile as the straws continue to accumulate our once primary core progressively diverts its inabilities to a growingly recognized compensatory option (inverted core) assuming more and more new yet unintended roles. To fully appreciate the extent to which this compromises our well-being, we must recognize that each and every diversion from our primary core to an inverted or secondary core ultimately compounds itself to both:

Consequently, the term inverted core reflects anatomically (within our mid to upper torso) as well as mechanically the region capable of assuming the greatest demands of respiratory compensation (cranial – cervical – thoracic complex). While recognizing based on many contributions that per person varying severities of this common underlying pathology will exist, the following signs lend themselves to correlating with this underlying pathology:

Hence Inverted Core Syndrome is accompanied by many associated symptoms and most commonly including diffuse to specific pain, muscle soreness and stiffness, fatigue and others less frequent yet capable of stemming from this complex existence. Unfortunately, these presentations often are addressed through symptom management as a result of not recognizing the greater contributing influences. Thus, in the presence of persistent pain failing to respond to either normal healing times or traditional medical interventions, consider this information in your quest to restore your wellbeing.